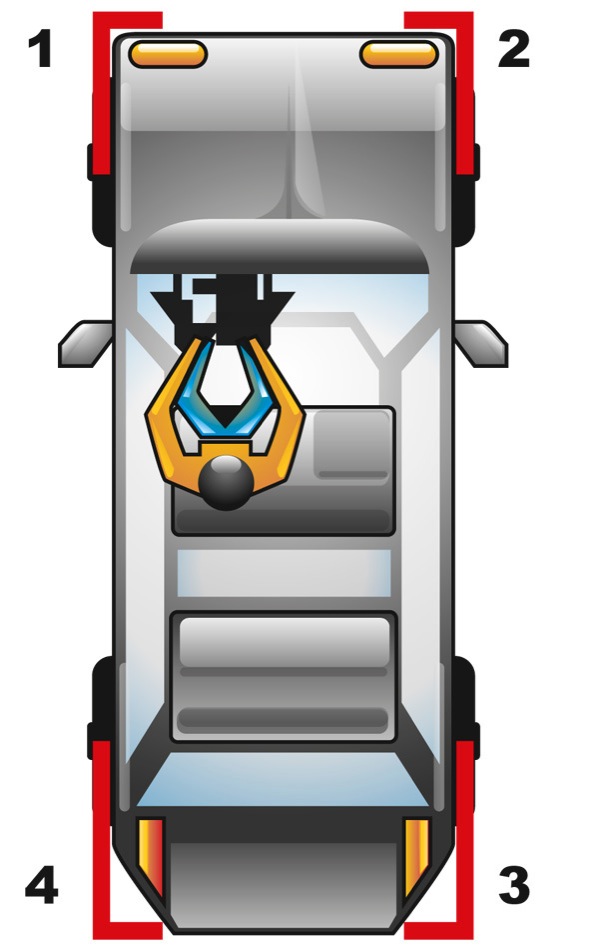 The direction given to your steering wheel and hence to the steering of your car.

Occurs when the rear of the car moves out and tends to overtake the front.

When oversteer occurs this is the solution consisting of turning the wheels in the opposite direction to that in which the car is trying to go («turning into the skid»).

The reverse lock technique is systematically accompanied by a slight deceleration with a view to restoring maximum contact with the road to the rear wheels, followed by a very precise acceleration to give the car a very slightly higher speed than at the time the intended trajectory was lost.

The principle of simultaneous reverse lock and deceleration/acceleration may need to be repeated several times depending on the technical capacities of the car, the road conditions (rain, snow, ice), and even the precision applied by the driver or the degree of surprise to which he has been subjected.
With his vision still dominating any maneuver and while remaining master of the situation, once the driver has been trained in this technique it will become instinctive in this situation. 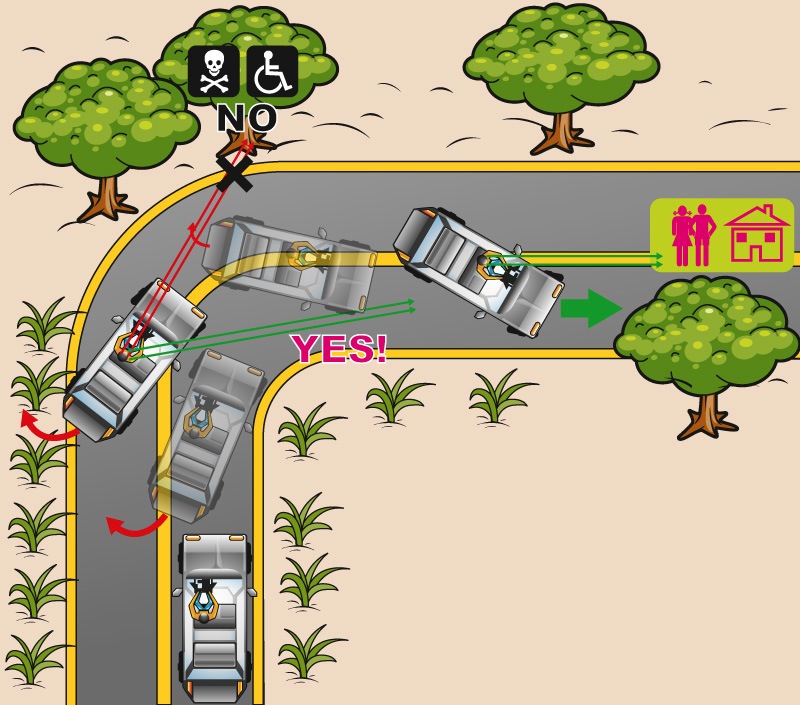 NOTE: many of the most powerful cars tend to oversteer, although this typical characteristic of this type of car is becoming much less widespread because of the application of the high‐tech electronics that carmakers have developed and incorporated in their recent vehicles.

The vast majority of older cars still have this type of steering behavior.

Recent low-and medium-powered cars generally tend to understeer, meaning that it is the front of the car that slides out of the initial trajectory and not the rear, as illustrated below.

For cars with this type of behavior, all the driver has to do is to slow down slightly while taking up position immediately and simultaneously with the deceleration, his eyes being fixed on the precise spot where there is least danger. Obviously, at this moment the car has to be directed towards the least danger.

The deceleration will do 20% of the work, looking where there is the least danger 60% and the determination not to have an accident the remaining 20%.
During this whole maneuver, do not touch the brakes.

All the carmakers that have chosen this technique for their vehicles have designed them in such a way that simply applying the above rules is sufficient. Their aim is that all drivers, even the least experienced, should have the greatest chance of regaining control of the situation once they know this technique and these elementary rules.

His is the area where you cannot see in your rearview mirrors what is taking place towards the left and right-°©‐hand rear sides of your vehicle. 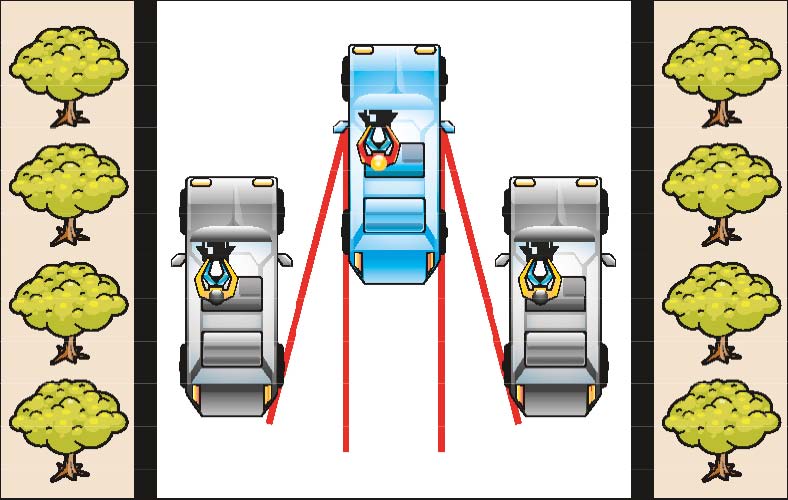 Some carmakers install as initial equipment distorting rearview mirrors making it possible to adjust for this information gap. The information is there, but remains very imprecise regarding the exact position of the vehicles. This type of rearview mirror is not appropriate for very-high‐security driving but can be very useful for normal everyday driving. For very-high-security driving, a normal high-quality rearview mirror will be the most suitable and the way of dealing with the blind spot is as follows:

Shifting the body and hence the head forward while continuing to look in the rearview mirror concerned. This will make it possible, by shifting the upper part of the body to the right or left depending on the side being watched, to find all the missing information. The faster the speeds of those involved, the faster these movements have to be.

How can I then he tell whether the driver I am following in a diagonal position can see me in his rearview mirrors?

As long as you cannot see his face and hence his eyes in his rearview mirrors, he is not seeing you.

If you remain in this position he will not see you unless he looks for you in his rearview mirrors. On the other hand, he can hear you or he can turn his head. It is also possible that he had already seen you.

Note: cars equipped with the windows with a very dark tint tend to have much less precision in the blind spots and on the side. It is up to the security driver to open up an oval gap in the black film at the level of the rearview mirrors to resolve this insecurity. 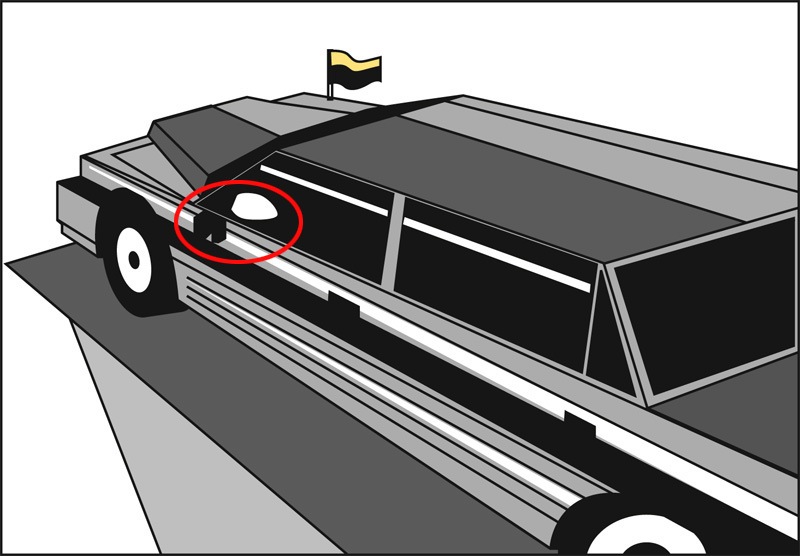