If you are in front of him you lose all control of the situation and give him the maximum possibility of shaking you off if he applies the techniques about to be described. 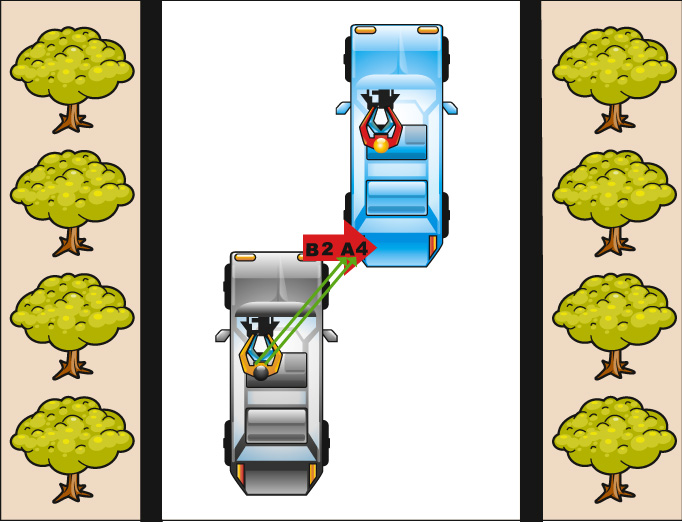 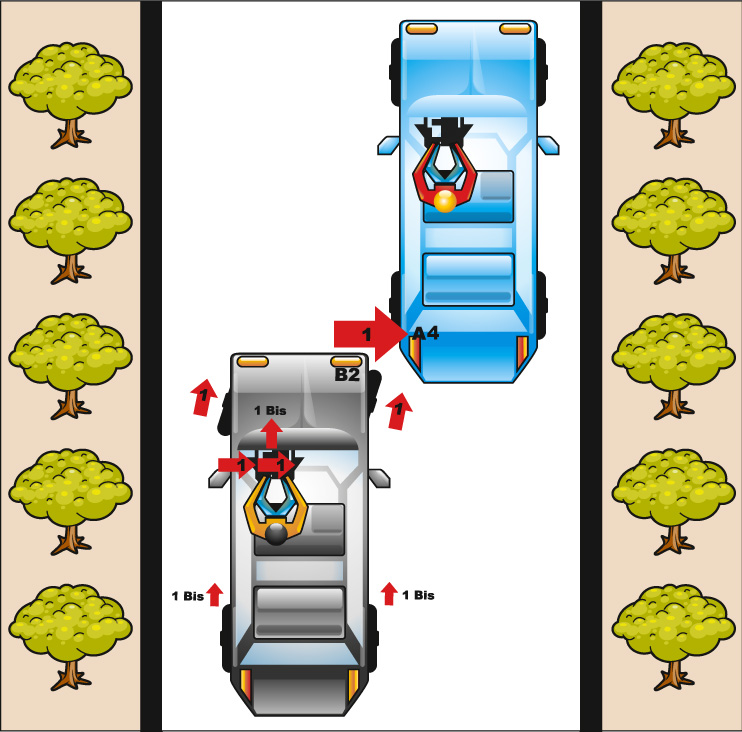 At precisely the moment when the two overhangs touch, the driver of vehicle B will start to turn his steering wheel with both hands (1): pulling and pushing towards vehicle A while accelerating firmly and progressively (1bis) until vehicle A is completely destabilized and has entirely lost its trajectory. 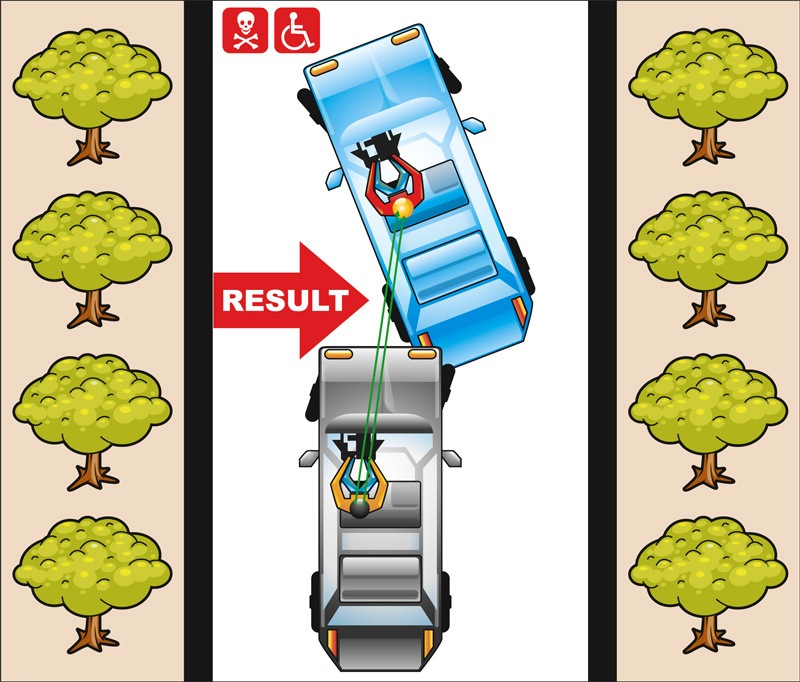 On multiple lane highways, cars arriving from behind are highly likely to end up running into vehicle A (blue).

For an ordinary driver unaware of what is happening to him, the loss of control will be immediate and, at high speed, death or an invalid chair for himself and all his passengers will be inevitable depending on the various calculations of anticipations regarding the configuration and the elements of the accident provoked by the aggressor.

The criminal organizations practicing this technique are often well aware in advance of the technical capacities of the driver and even of his psychological and behavioral state in order to apply the POWERFUL TRAITOR TECHNIQUE.

As for the police specializing in this field, they also in many cases know in advance the capability of the driver but they are sometimes obliged to improvise in a matter of minutes. I am speaking mainly of certain policeman specializing in the observation of morphopsychology and even anticipation of the behavior linked to the study of the gestures of the driver about to be destabilized. The police units using these techniques calculate all the parameters in the environment, sometimes in a matter of seconds, with the aim of demolishing only the target vehicle and never the innocent population in the vicinity. It sometimes takes them several minutes to be satisfied that the risk to the population is minimal during car chases. In countries where it is authorized, they often do not use this technique precisely to avoid posing a threat to the population, even at the risk of letting the target driver and vehicle go.

In order for the driver of vehicle A to lose control and go into the ditch on the right age.

Driver of vehicle B (gray) places his leftfront overhang B1 against the rightrear overhang of vehicle A3 and will turn his wheel flexibly but firmly with both hands towards the target vehicle, while at the same time accelerating and forcing with increasing firmness the two overhangs against each other using the power of his vehicle B. 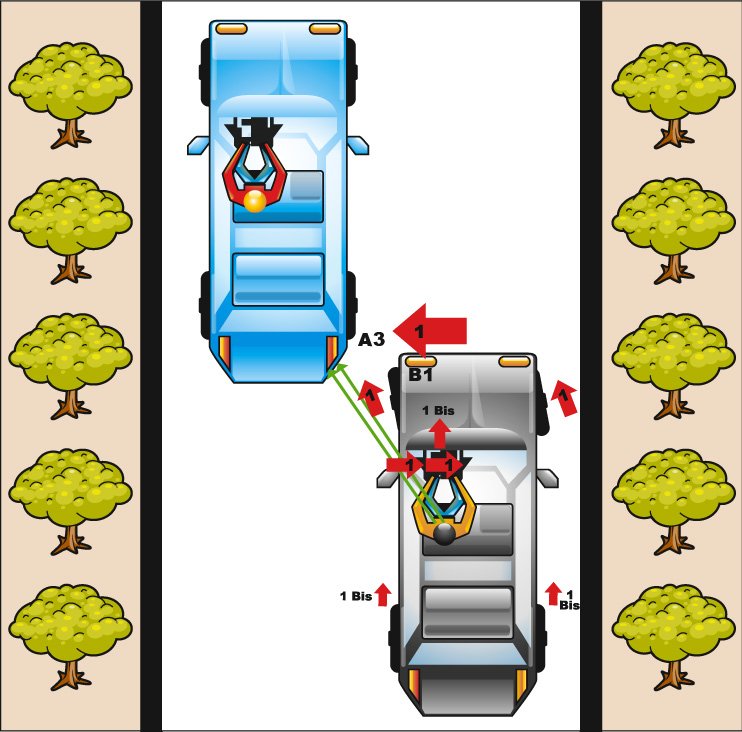 In both cases, an unsuspecting driver who is not looking in the right direction and who it is accompanying inappropriate gestures on the steering wheel and on the brakes also runs a high risk of ending like this.

Only criminals reach this point. The police units trying to get control of the vehicle to be neutralized choose the right moment in their chases to achieve a maximum result with a minimum risk.