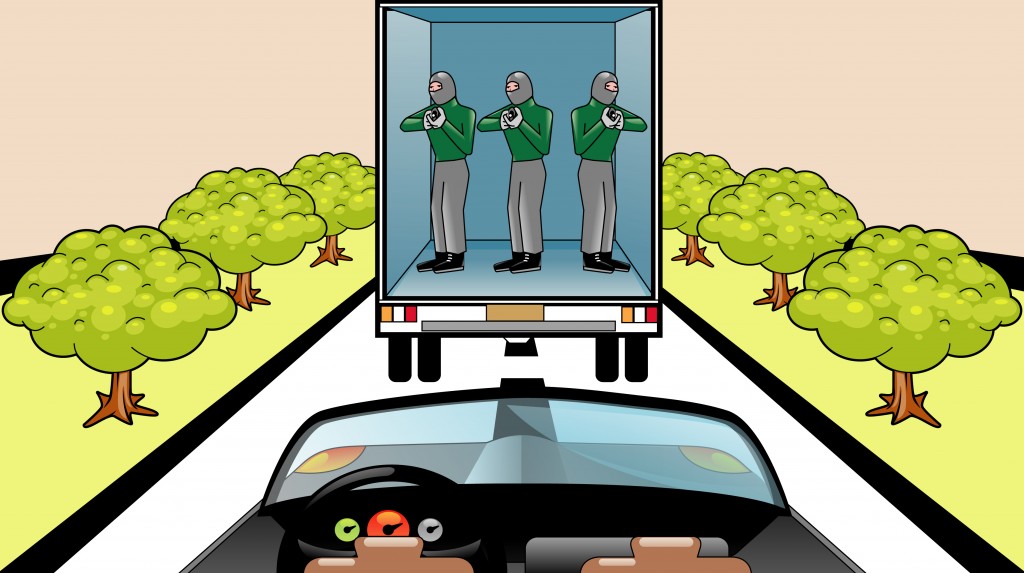 In town, the lead car always remains in front to prevent frontal attacks of the truck-trap type.

On a narrow road, the lead car is very slightly in front if, for example, one or two cars have been placed across the road to stop the cortege.
Its role is to clear sufficient room for the two cars behind to get through.

The driver of the so-called ram vehicle will proceed in exactly the following way in the event of the road being blocked. He will drive calmly at precisely 30 mph – 35 at the most – and will hit the blocking vehicle exactly on the overhang (chosen according to the configurations of the attack) with the front part of his vehicle.

How will the driver of the so-called ram vehicle proceed technically? In the first place, his car will have no airbag operating. All the airbags will have been dis‐activated previously by a specialist with a view to the use of the vehicle for defensive‐offensive driving.

The vehicles following behind will have been subject to the same technical modifications in case the first vehicle finds itself in difficulty or if these other vehicles are nevertheless obliged to look after themselves following the various kinds of event that can arise in this type of situation. 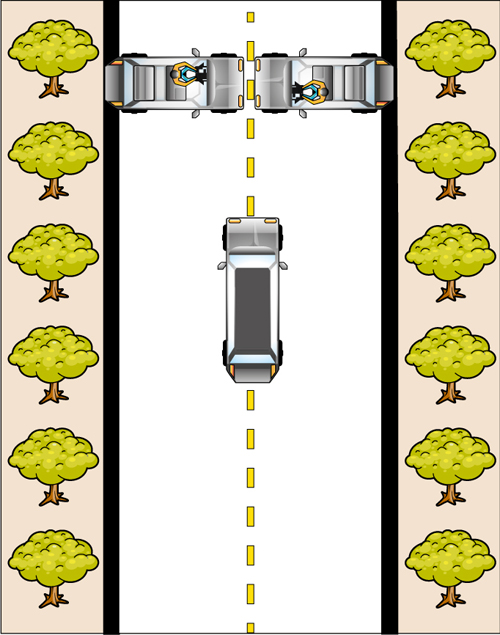 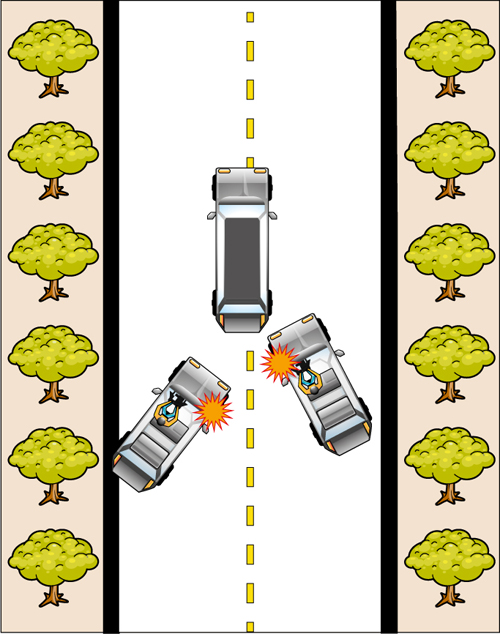