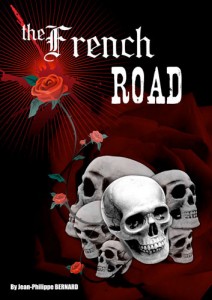 With the specific number of 119 billion Francs per year quietly suppressed, who is looking out for the victims? Between 1978 and 1998, French drivers were responsible for over 217,000 deaths and more than 1,290,000 serious injuries. These figures are significant and worthy of a full scale war even before taking into consideration the 3,910,000 minor injuries.

In the year 2000, based upon statistical analysis, one out of every 5 French citizens will visit a hospital at least once in his/her life as the result of a road accident.

On the basis of the year 2000 census, and considering the populations proportionately, France had three times as many road deaths as Sweden or the United Kingdom. At the time of graduation, a French grade school student will have had a grand total of 4 hours of road safety education. Dutch school-age children are taught 40 minutes of road safety education every month throughout their grade school involvement — time and money spent on safety and societal well-being.

“The French road” explains how the French socialist government has put materialism ahead of humanity and turned carnage into big business!

The way a driver behaves on the road is the reflection of the way he behaves in real life and in society. A driver cannot conceal for long his natural way of driving even if, for various reasons, he is asked to do so. This will be extremely difficult for him. Without noticing it, he will revert to his initial behavior. On the other hand, when he is shown his errors and the resulting dangers, his conduct will improve at lightning speed.

The problem with a book such as this is that I am obliged to swim against the tide. This means being obliged to write and to try to make myself understood by implications. Some people will grasp these rapidly, others much later. Some people indeed have already thought of what I have to say but they are so weak and submissive that they will prefer to make a total denial of these facts, preferring to continue to be the plaything of obscure money-driven forces, which give them a false impression of freedom. Therefore, in order to avoid the lawsuits from certain lobbies, I shall at times express myself in half tones, wishing one and all their emancipation from this particularly perverse yoke.

This goal of freedom can only be reached through personal judgment. But each driver can attain it on condition that the information he is given is more than just a manipulation with the aim of further brainwashing for purely economic ends. The fact is that if there is anywhere in this world where we are all equal, it has to be the road and I shall have no difficulty in showing why this should be.

I do not intend to go too far in this book, although it is not for lack of will. My aim is to give my vision of affairs; a vision that is different from the one we find interminably parroted in certain media, although there is now a very faint tendency to mention where France stands internationally in regards to car driving. My conclusions and analysis are the fruit of 20 years as a road professional with the knowledge that on average there are one death and 19 injuries every hour on French roads, making a total of more than 170,000 casualties a year. It is my sense of observation alone that has enabled me to write this book.

Here is how I see things.