The steering wheel are now nearing the end of this first chapter of a road safety manual and we are therefore going to conclude with the subject of the way the driver’s hands are placed on the steering wheel so as to be fully agreed on this before going on in the next chapter to deal with more technical points.

Did you know that in the countries with the worst safety record, up to 95% of drivers do not know how to turn a steering wheel properly? 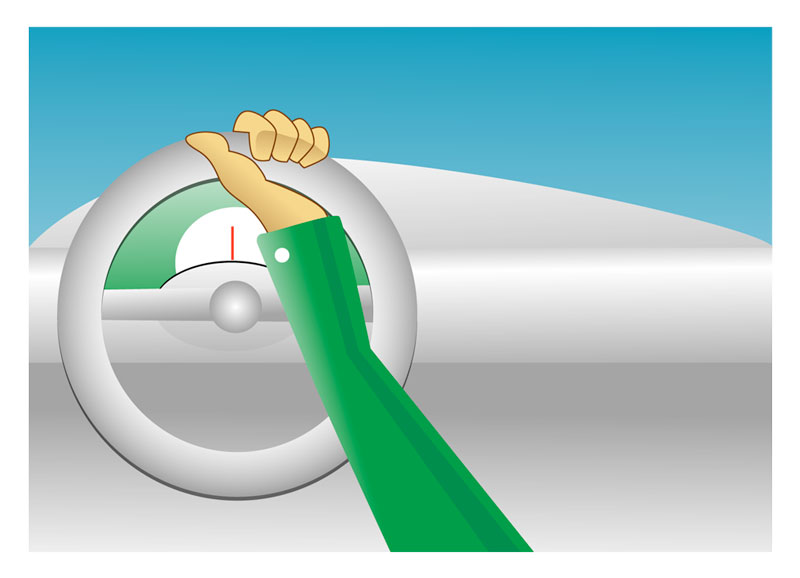 This has to be some kind of collective irresponsibility, perhaps an imitation phenomenon, since no driving instructor worthy of the name has ever taught his pupils this way. 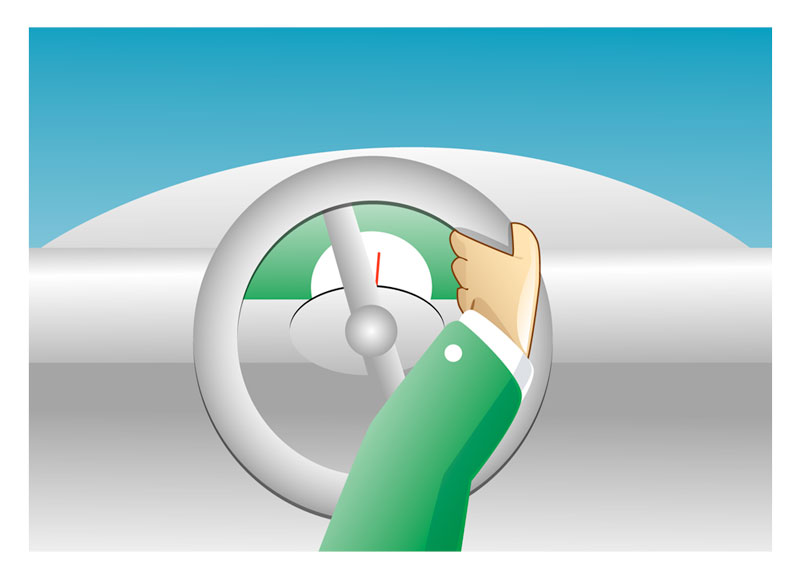 What can be the origin of this insistence on turning what is a very simple gesture into one that is uncomfortable, awkward and dangerous, both physically at the time the movement is made and in its influence on the psychology, reasoning and behavior of the driver? 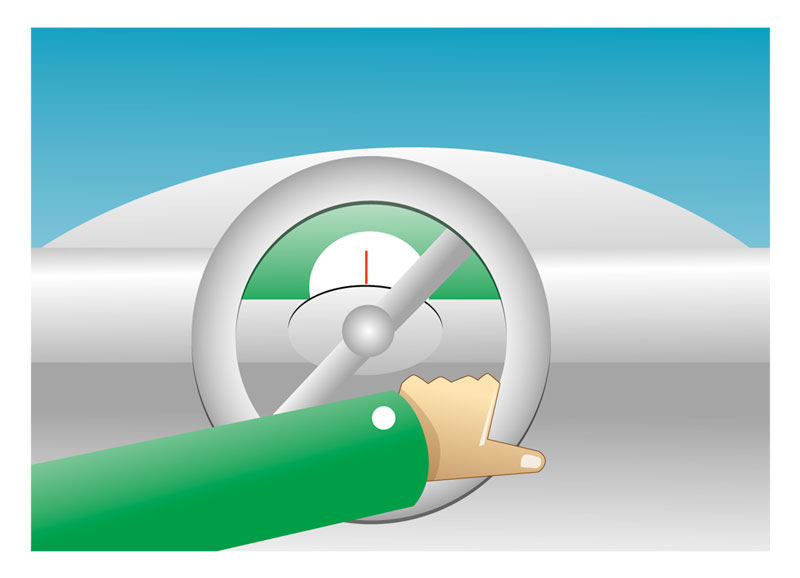 On several occasions we have insisted on the need be at one with the vehicle, in perfect symbiosis with it and not to consider it as an adversary. We have explained the principle of the time of movement and the mathematical and physical laws that stem from it.

We have seen the extreme importance of having a properly adjusted seat and rear view mirrors in this respect. Other accessory items of information have also been mentioned. However, one of the most fundamental errors on top of all those reviewed so far is the incorrect handling of the steering wheel. 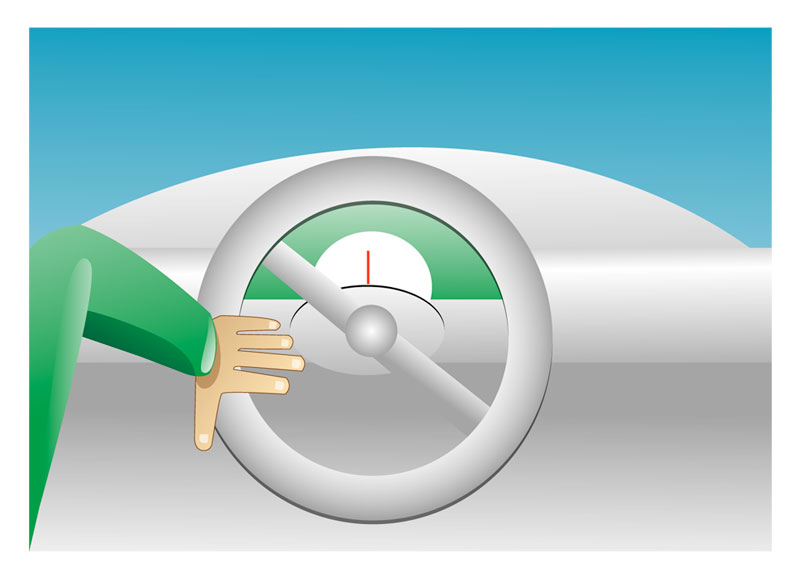 It is interesting to note that drivers who sit much too far from the steering wheel because of a badly-adjusted seat are the most likely to practice this technique.

This is perfectly understandable since this is practically the only way they can turn or rather attempt to turn the steering wheel given the difficult situation they have placed themselves in.

It is also interesting to note that countries which were the last to equip their cars with assisted steering are still the main victims of this incorrect use of the steering wheel that is widespread in certain European countries.

The practice remains fairly rare in the United States, where cars all have assisted steering and are therefore easier to maneuver. It is also interesting to note that all the English-speaking countries are much less affected by this phenomenon.

All these details have largely contributed to the present situation.

It is true that until recently the design of American cars has never really permitted these sudden and imprecise gestures because of their extreme sensitivity to the way they are driven and the horse-power levels rarely seen in Europe except on luxury and sports cars. As a result, drivers have been obliged to adjust their behavior to that of their own vehicle.

In the past few years various car makers throughout the world have been offering much the same technical specifications for similar ranges of car and hence differences in vehicle behavior between countries or between continents are now increasingly small. Everyone has picked up the best techniques introduced by the other – a result that is beneficial for both car makers and consumers.

There is therefore no longer any reason to turn the steering wheel in this way, which is now simply a very bad habit, born out of ignorance, that can be extremely costly in the end.

The first danger resulting from this is simply that of badly injuring the wrist or the hand that is on the inside of the wheel. This happens fairly frequently when one of the front wheels runs into something on the ground, making the whole of the steering mechanism instantaneously move in the opposite direction. This includes the steering wheel, which will rapidly and violently turn the opposite way. Because of this rapidity the steering wheel will trap your hand or your wrist and strike them violently, leading in the majority of cases to more or less serious injury.

The second result is that this practice does not allow you to turn your steering wheel more than partially, as we have seen earlier, and obliges you to use the other hand to continue the maneuver.

It is unfortunately logical to conclude that no precision in driving is possible in this way and that any movement is at best only approximate. This practice is extremely common in the countries mentioned earlier when parking or performing similar maneuvers. The driver hampers himself and, in particular, puts himself in an awkward situation with his car right from the first contact.

He is not in psychological and physical accord with his equipment and cannot achieve the symbiosis sought after by the very good drivers, namely between vehicle and driver and between driver and vehicle. This driver and his equipment are incapable of any harmonious and mutual exchange.

The worst of the matter is that drivers behaving in this manner in low-speed maneuvers will do the same thing at higher – even very high – speeds. This is literally an accident waiting to happen and one that is hidden from the driver, who is in most cases unaware of his error, and also, more seriously, from his passengers and all the other road users around him.

On slippery surfaces or in attempting to avoid an accident he has not the slightest possibility of controlling his vehicle.

However, above all and most seriously, the driver with his hands on the wheel in this way is not driving his car and has never done so. Instead, he is letting the car drive him. The situation is like that of a motorcyclist with his hands in this position:

The right side and left side of the brain are self-hampered and self-blocked as regards the information to be received and to be given in order to carry out future movements because the limbs are crossed and out of balance. The driver’s vision is no longer capable of backing up the movements and analyzing the information regarding the direction to take. With the vision now imprecise and rigid, the risk of an accident is multiplied several times over as the minutes pass. The whole human brain system is distorted and partially neutralized because the gestures are not the right ones.

This picture represents the output of your brain when under the influence of imprecise and unbalanced movements leading to an absence of symbiosis with your vehicle. 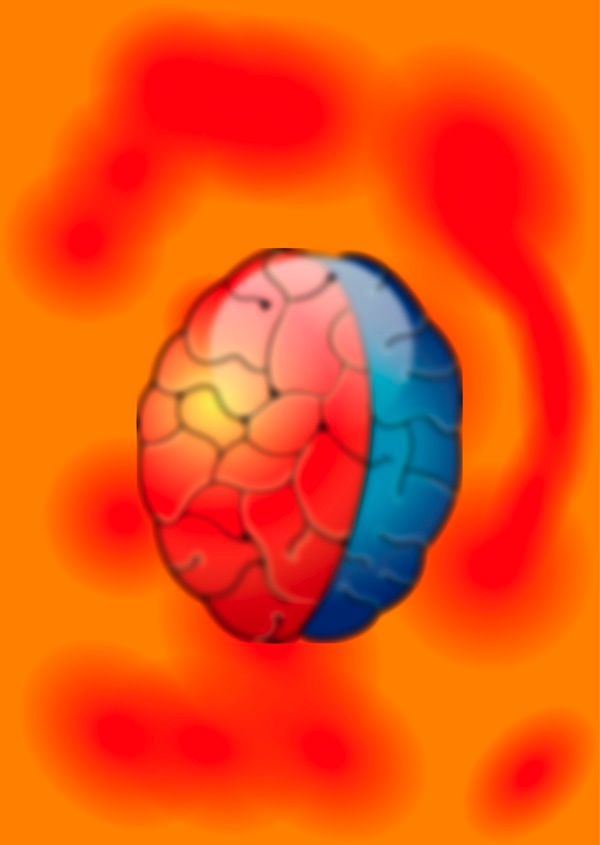 This picture represents the output of your brain when movements are precise and balanced, generating perfect symbiosis with your vehicle. 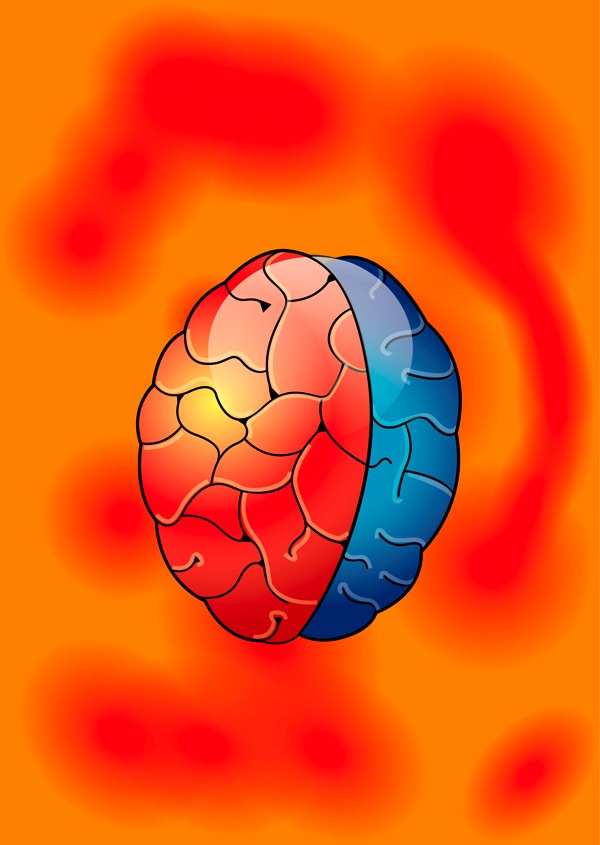 The steering wheel is merely a wheel that sends orders to various other mechanical wheels and mechanisms collectively known as the steering
mechanism, leading in the end to the wheels of the car that determine the direction it takes.

These are in contact with the ground and hence with a planet that is itself round and which has been turning like a wheel for millions of years in the universe that is itself in perpetual movement – just like the sun around which we turn in the course of a year: 30 kilometers per second.
A good driver is the spiritual wheel seeking perfect accord with the physical wheel with a view to totally mastering it and hence totally mastering the mathematical wheel made up of the various movements on the road.

Since man initially and undeniably came from the universe itself, having passed through all imaginable and unimaginable transformations of various beliefs and since his life principle in the biological sense is merely the continuation of what has been described in relation to movements, the driver who is unable to master the principle of the physical wheel will become the victim of his submission and his lack of knowledge of the spiritual wheel, being under the domination of the physical and mathematical wheel.

Safe driving is an art and a science in which strict rules have to be obeyed. The most important of these rules are discipline, wisdom, tolerance, calm, knowledge of and respect for others, as well as laws and rules needed to attain a fluidity of mind in order to achieve fluidity of movement.

People who behave otherwise should, in the interests of their own safety, give up their bad habits as quickly as possible. These people who will find themselves in total disagreement with the theme set out in this manual are lucky if they have never so far encountered problems on the road. Millions of others were not so lucky.

In conclusion, therefore, we shall now discuss the best techniques for using the steering wheel and hence for driving a car.