In this sketch we see the driver with an animal free to move in the rear of his vehicle. The first danger is that in the event of sudden braking the animal can find itself catapulted to the front of the car, injuring the driver or the passengers.

It can also become afraid and become very aggressive. Remember that an animal as small as a cat installed on the rear seat of the vehicle can, in the event of a shock at 50 mph with another vehicle, have a weight of several hundred pounds when it hits the windshield or the passengers. 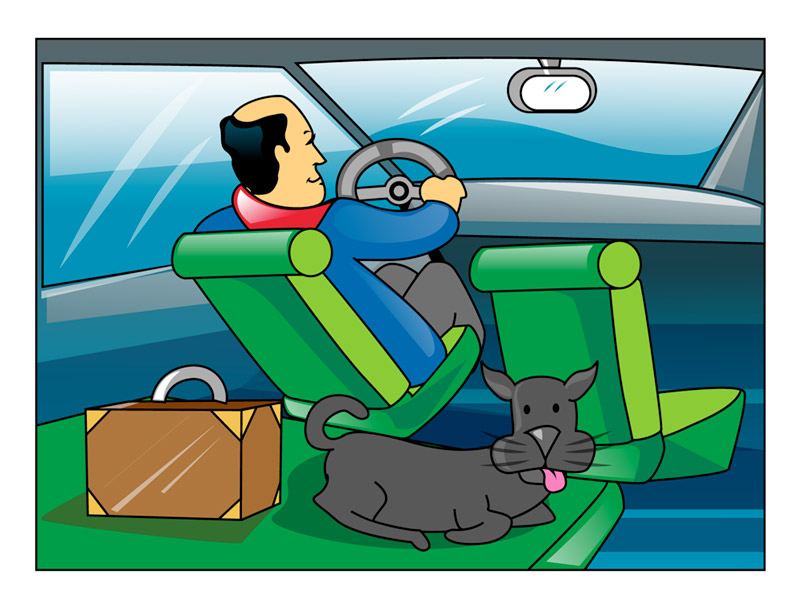 This situation may raise a smile with some people but unfortunately it is very real. This is when the driver has his dog attached to the car’s handbrake.

Should the animal take fright or become agitated, it will want to free itself and so drag on its leash, thus putting on the handbrake. Not of great importance in stationary situations. 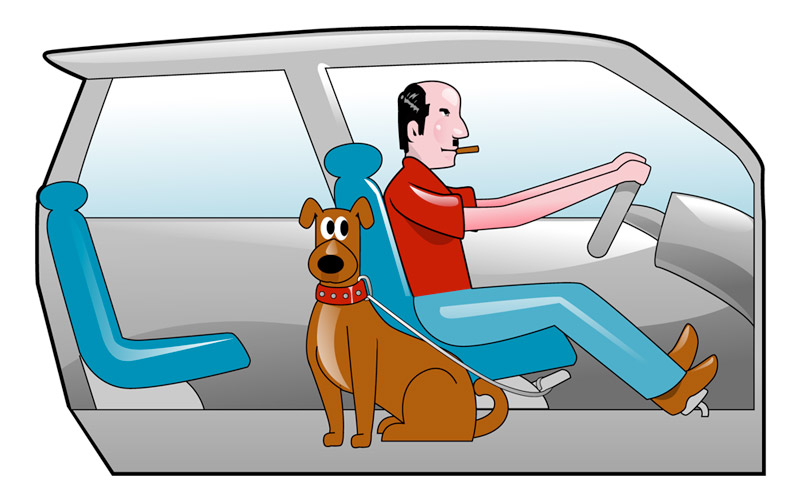 On the other hand, in movement or at high speeds there is a serious risk in that on most cars it is the rear wheels that are applied by the handbrake.
The problem is that when the rear wheels lock on a moving car and if there is the slightest change in direction, the vehicle starts to spin, with the rear trying to overtake the front, in over steer fashion. The result is a very rapid loss of control of the vehicle and of its trajectory with all this implies, even possibly a rollover.

Transporting goods in a vehicle designed to transport people can also rapidly turn out to be dangerous. 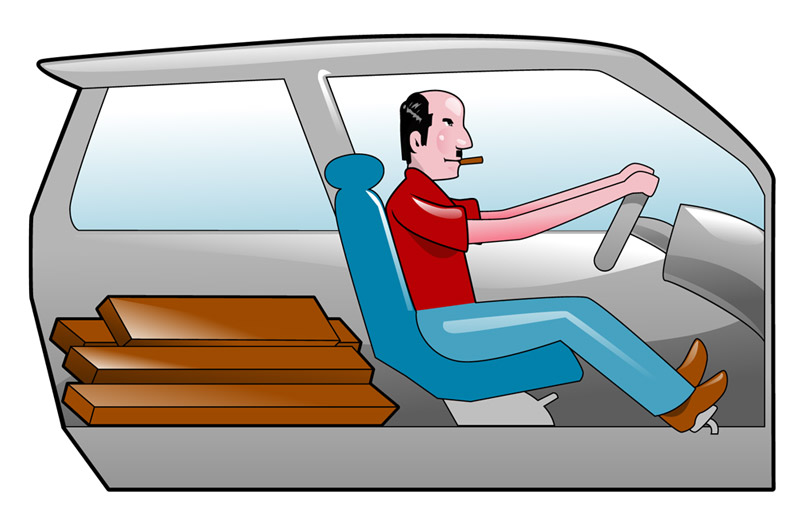 In the following sketch, the driver is transporting planks. At the slightest sudden braking movement, these planks are going to hit the back of his seat. If the braking is particularly violent and if there is a wide space between the planks and the seat, it is the driver’s back that will be hit violently and especially his spinal column.

In the event of collision with another vehicle, the planks can literally transfix the seats and cause fatality.

All objects transported in a vehicle designed to transport people must either be arranged in such a way as to protect the driver and the front seat passenger or some object must be placed crosswise between the seats and the object being transported in order to protect the backs of those in the front seat. These objects must be placed as close as possible to the seats in order to limit the distance they are free to cover in the event of a sudden halt. 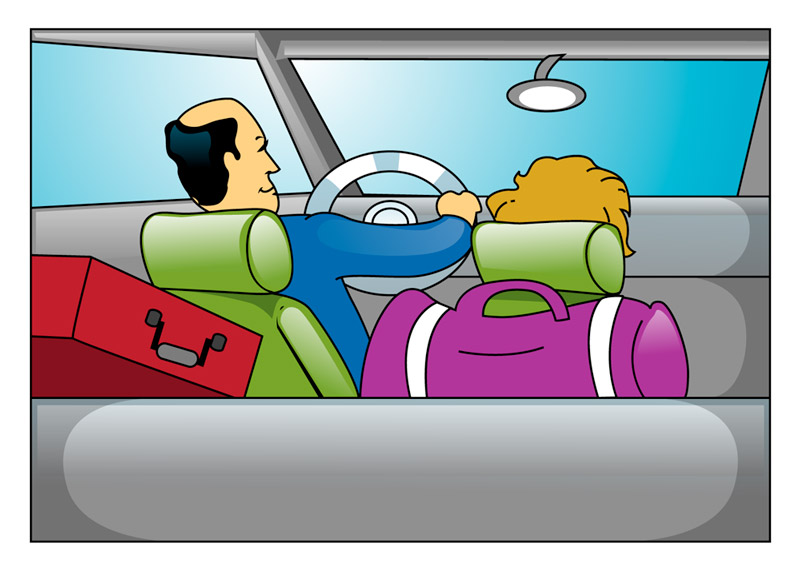 Suitcases, handbags and other objects placed on the rear seat are also a potential source of severe injury in the event of sudden braking or collisions. If there is no alternative, wedge them on the floor of the car between the front and back seats.

The best solution for the transporting of animals or goods in cars originally designed for transporting people is to place a separation between the passengers and the objects or animals being transported. This type of separation is often made by special design by makers of car accessories and the car makers themselves. 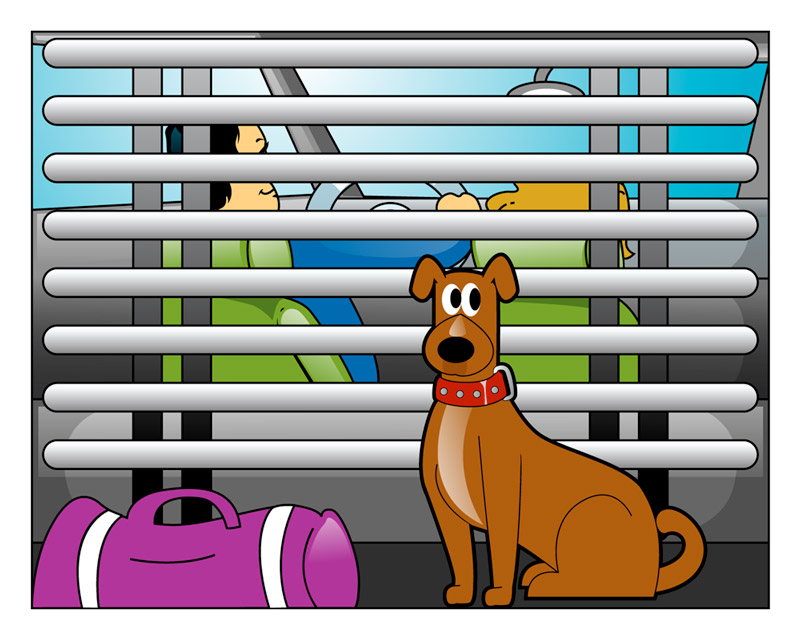