Any object under the seats and especially that of the driver (a bottle or a hard object), can slide under the brake and clutch pedals without you noticing it.

The next time you try to brake, you then find you cannot do so correctly. 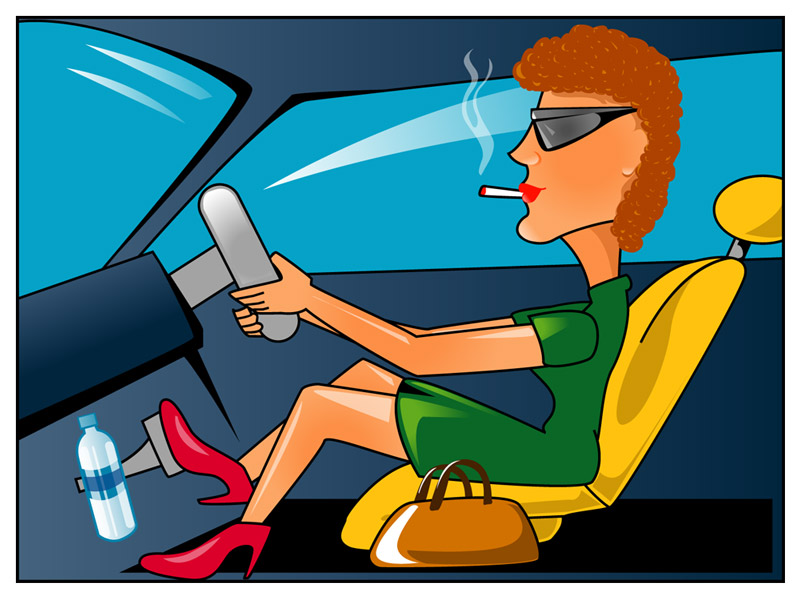 This means that you will run into whatever you were trying to avoid by braking under the influence of surprise. Some drivers have already found themselves thrown out through the roofs of their cars as a result, others have caused serious injury to pedestrians.

Some people are in the habit of driving with a pet animal between themselves and the steering wheel, the result being to severely hamper their movements and make it impossible to avoid an accident. This type of driving is hit-or-miss and highly irresponsible. 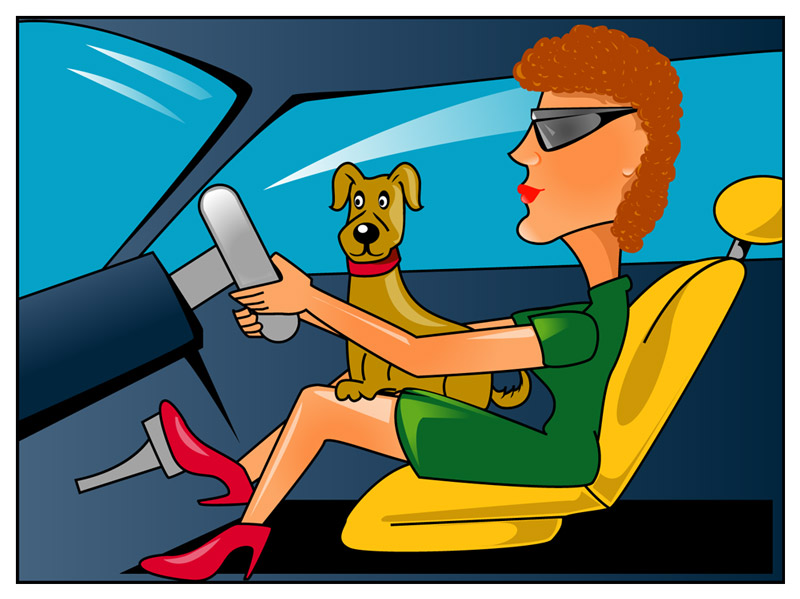 Driving in this manner is much like looking at TV while driving or having a drink in front of a bar before driving.

Quite apart from the danger they represent for themselves and other road users, they endanger their own adored pet. Moreover, the number of cars equipped with airbags is constantly rising, even in the case of very small cars.

This type of driver is seriously exposed to the risks of accident and when the airbag opens in a collision, the animal will be crushed against the driver and even kill him.

Just as telephoning while driving reduces the intellectual capacity for driving and hence the driver’s sense of space, anything that hampers visibility either to the rear of the vehicle or to the side makes it difficult to anticipate external events occurring on the road or in traffic.

With objects piled up on the passenger seat the driver can no longer see his right-hand rear view mirror or anything on the right-hand side of the car. In this situation he only has mastery over what is in front of the car and on its left-hand rear side.

Safe driving also involves being responsible for others around oneself, accepting the possibility of error in order to master the situation and correct it.

Here again and as in the case of those using eyeglasses that obstruct lateral visibility, the driver in this situation runs the risk of being executioner and victim through the rapid loss of control of his vehicle if he cuts in too fast, for lack of visibility, on the car at his right side rear. 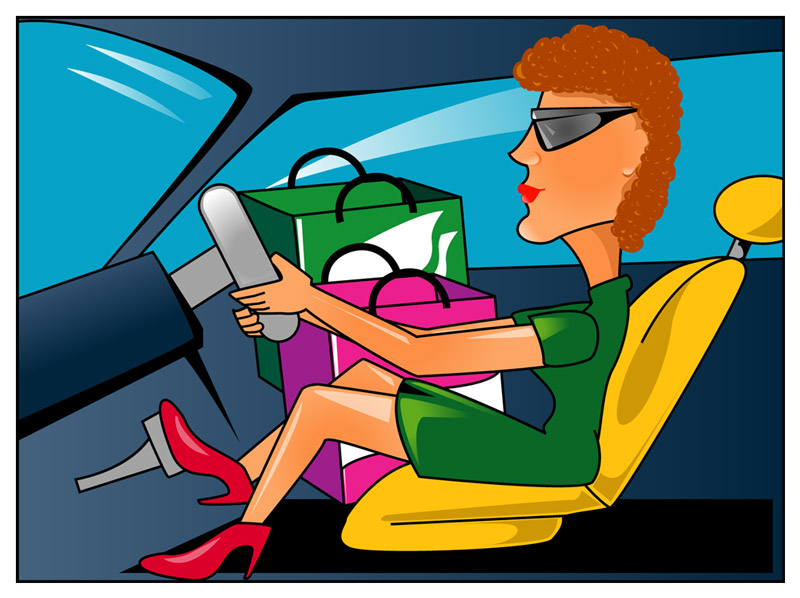 This means that they run the risk of a collision at the level of the right-hand rear overhang, something that is particularly dangerous in rain or on slippery roads.

Moreover, the arrival on the right-hand side of a motorcycle, a car or a truck can mean trouble for everyone, since driving is based essentially on seeing and observing others.

It is impossible to overstate the dangers lurking inside the vehicle, which can so rapidly spread to the outside. It is particularly important that the reader should be aware of the problems of visibility: looking and seeing are of primordial importance for driving.

It is imperative that the vehicle’s windows be as clean as possible at all times.

Dirty or damaged windows can, in the first place, lead to fatigue and considerable unconscious stress. Putting unnecessary stickers on car windows is to be banned and, in the case of those that are needed to meet regulations, it is essential to put them in the lower right or left corners of the windows and as low down as possible.

«Dangling dollies» on the rear view mirror are a cause of unconscious fatigue because of their continual to-and-fro when the vehicle is in movement.
Moreover, if they are fairly big, they can sometimes make it difficult to see pedestrians, cyclists or motorcyclists coming up on the sides.
The practice is in fact banned in certain countries. 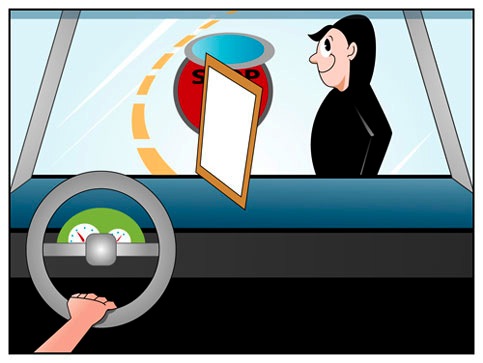